This theory of analysis was developed by Ralph Nelson Elliott that is based on the theory that, in nature, many things happen in a five-wave pattern. These patterns are also applied to technical analysis, to analyze the behavior of Stock Indices Trading market trends using the theory.

When this theory is applied to Stock Indices, the assumption is that the stock indices market will advance in a pattern of five waves - three up ones, numbered 1, 3 and 5 - which are separated by two down ones, number 2 and 4. When the three up moves(1,3,5) are combined with the two down moves(2,4), they form the 5 Wave pattern.

The theory further holds that each five-pattern up-move will be followed by a down-move also consisting of a three-pattern down moves - this time, three down ones are not numbered but use the letters A, B and C. So as to differentiate them from the 5 ones for the up move. 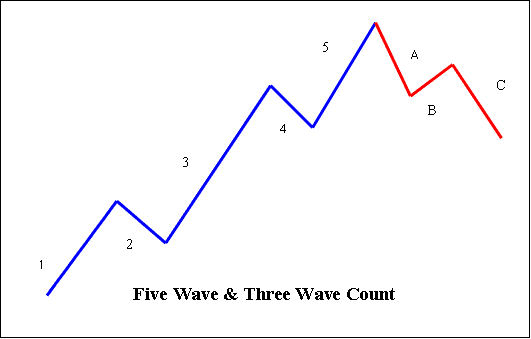 Based on the stock indices market patterns formations formed by this theory, there are several guidelines for valid Counts: 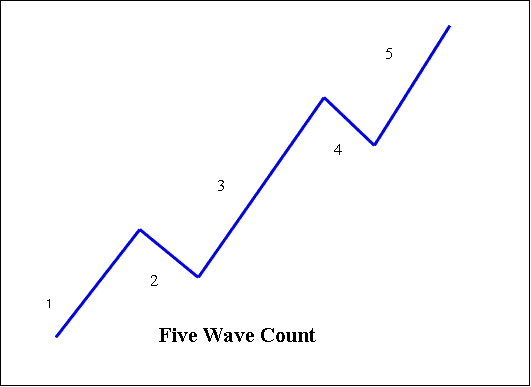 1: This one is rarely obvious at its inception. When the first wave of a new bull market begins, the fundamental news is almost universally negative. The previous stock indices trend is considered still strongly in force. Fundamental analysts continue to revise their earnings estimates lower; the economy probably does not look strong. Sentiment surveys are still bearish and the implied volatility in the stock indices market is high. Volume might increase a bit as stock indices trading prices rise, but not by enough to alert many technical trading analysts.

2: This one two corrects 1, but can never extend beyond the starting point of wave one. Typically, the news is still bad. As stock indices trading prices retest the prior low, bearish sentiment quickly builds, and "the crowd" mentality reminds all that the bear market is still in force. Still, some positive signs appear for those who are looking: volume should be lower during 2 than during 1, stock indices trading prices usually do not retrace more than 61.8% of 1 one gains. Stock Indices Trading Price will reach a low that is higher than the previous low resulting into a higher low.

3: This is usually the largest and most powerful move upward, larger than 1 and 5. The news is now positive and fundamental analysts start to raise earnings estimates. Stock Indices Trading Prices rise quickly, corrections are short-lived and shallow. Anyone looking to get in on a pullback will likely miss the boat. As 3 starts, the news is probably still somewhat bearish, and most traders remain negative; but by part three midpoint, the crowd will often join in and agree the new market sentiment is bullish. Wave three will extends beyond the highest level reached by 1.

4: This is typically and clearly corrective. Stock Indices Trading Prices may move sideways for an extended period, and 4 typically retraces less than 38.2% of 3. Volume is well below that of wave three. This is a good place to buy a pull back if you understand the potential ahead for a Part 5. Still this 4 is often frustrating because of their lack of progress in the larger upward trend.

5: This is the final leg in the direction of the dominant trend. The news is almost universally positive and everyone is bullish. Unfortunately, this is when many average investors finally buy in, right before the stock indices trading price hits the top. Volume is often lower in 5 than in wave three, and many momentum indicators start to show divergences ( stock indices trading prices reach a new high but the indicators do not reach a new highs). At the end of a major bullish trend, bears may very well be ridiculed, for trying to pick a market top. 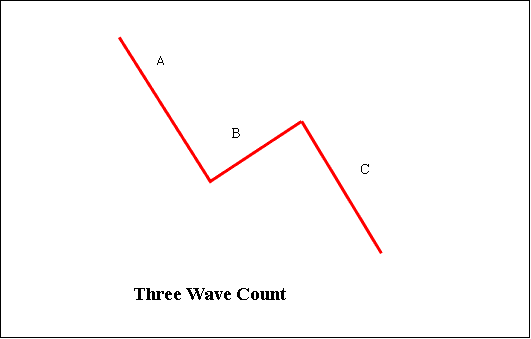 A: Corrections are typically harder to identify than impulse moves. In A of a bearish market, the fundamental news is usually still positive. Most analysts see the drop as a correction in a still active bullish market. Some stock indices technical indicators that accompany A include increased trading volume, rising and implied volatility and possibly a higher open interest in short selling.

B: Stock Indices Trading Prices reverse and move slightly higher, which many see as a resumption of the now long gone bullish trend. Those familiar with classical technical analysis may see the peak as the right shoulder of a head and shoulders reversal stock indices pattern. The volume during B should be lower than in A. By this point, fundamentals are probably no longer improving, but they most likely have not yet turned negative.

C: Stock Indices Trading Prices move impulsively lower. Volume picks up, and by the third leg of C, almost everyone realizes that a bearish stock indices trend is firmly entrenched. C is typically at least as large as A and often extends to 1.618 Fibonacci expansion level beyond A lowest point.