A pin bar is a reversal signal on a chart which shows an obvious change in sentiment during that period.

This bar has a long tail with the closing price near the open.

The bar looks like a pin thus the name Pin Bar - occurs after an extended move up or down. 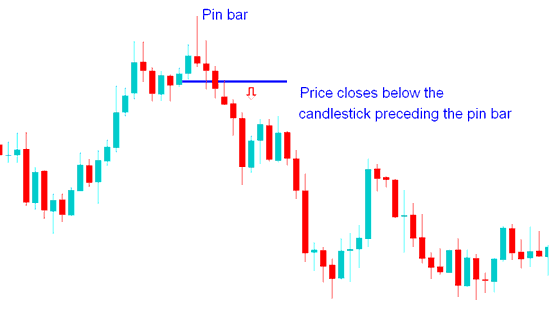 This signal can be combined with other line studies such as Support and Resistance levels, Fibonacci retracement levels and trend lines can be used together with this signal to generate buy or sell trades.

A pin bar that forms after price hits an important support or resistance level can be used as a signal to enter the market. when a this pattern forms the trades taken should be in the opposite direction of the tail.

If the market moves up this forms a pin bar with tall upper tail, then the signal is to short.

If the market moves down the forms a pin bar with tall lower tail, then the signal is to long. 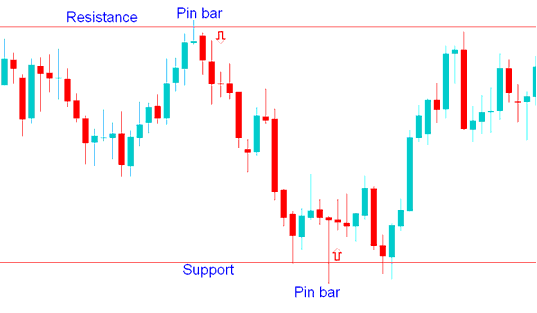 Combining With Support and Resistance

Pin bars that form after price touches a trend line or moving average can be used as signals to enter the market. 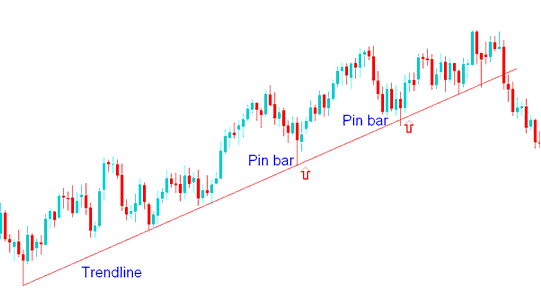 Pin bars that form after price touches a Fibonacci retracement level can also be used as signals to enter the market. 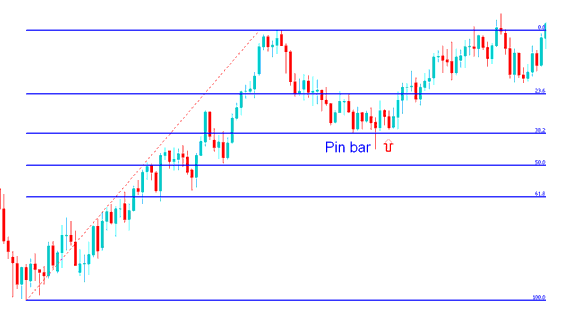 These patterns are often created near extremes in market swings, and they often occur at after false breaks. This is why this pattern is used to place trades in the opposite direction of the tail.