After gold price has moved in a certain direction for an extended period of time within a channel it reaches a point where it stops moving within the channel. When this happens we say that the xauusd trend line has been broken.

Since the line is the point of support or resistance then we expect the xauusd market to move towards the opposite direction. When this happens traders will close the xauusd orders which they had bought or sold. This is called taking profit. 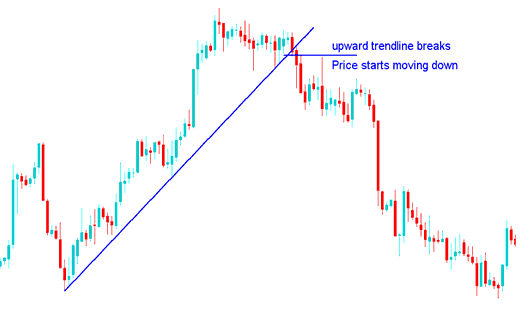 This signal is considered to be complete with the formation of a lower high or a lower low. This also provides a trading opportunity to go short once it is broken. 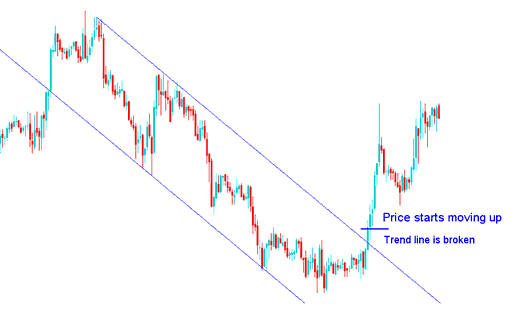 This signal is considered to be complete with the formation of a higher low or higher high. This also provides a trading opportunity to go long once it is broken.

NB: Sometimes when gold price breaks its xauusd trend it might first of all consolidate before moving in the opposite direction. Either way it is always good to take profit when the xauusd market direction reverses.

If on the other hand the xauusd market does not immediately move in the direction of the gold price breakout then it is best to close out the trade because it means that the xauusd trend is still holding.

Another tip is to wait for the xauusd trend line to be broken and for the xauusd market to close above or below it so as to confirm this xauusd signal.

Therefore, when trading this xauusd setup it is best to wait until the breakout has been confirmed by gold price closing above or below the xauusd trend line, depending on the direction of the gold market.

This setup should already have formed before the xauusd trend break signal. Because these double tops and double bottoms are also reversal xauusd signals, then combining these two setups will give the xauusd trader a good probability of avoiding a xauusd whipsaw.

In the above chart screenshots these xauusd setups can be confirmed to have formed even before the reversal xauusd signal appeared. 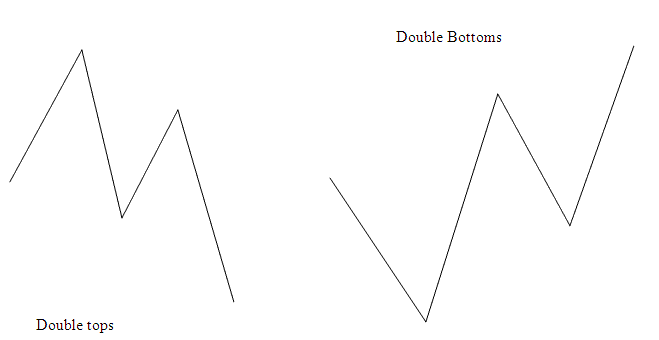