This xauusd indicator was used for technical analysis of Stocks & Commodities in the beginning but was later used to trade XAUUSD. 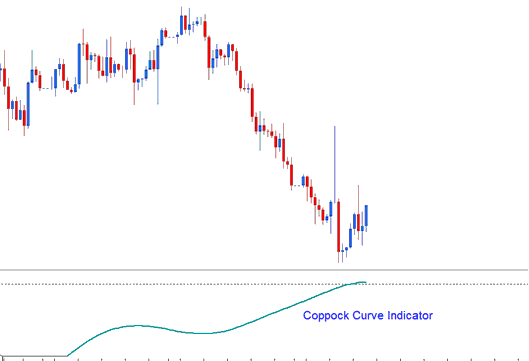 The principle behind this is the psychology of trading, based on the theory that human habit is predictable. And gold price movement always oscillates in a zigzag manner.

The principle of adaptation-level applies to how gold price reacts at certain levels, stock and xauusd prices will react in the same way or pattern as those observed historically.

Edwin Coppock reasoned that the xauusd market participants' emotional state could be quantified by summing up the % changes over the recent past to get a general sense of the xauusd market's longer term momentum.

Basic signals can also be generated using the Coppock Curve to trade market reversals from extreme gold price levels. Looking for divergence and xauusd trend line breaks may also be combined to confirm the signal.

The input levels of this indicator may need to be adjusted to better fit the dynamic nature of the xauusd markets trading.