How To Read a Forex Currency Quote

A quote represents the exchange rate between two currencies; referred to as currency pairs. Currencies in the FX market are traded in pairs, for example EURUSD, GBPUSD, USDCHF and USDJPY. The first one is known as the Base currency while the second is known as the Quote currency.

EURUSD is one of the major currency pair in FX, therefore we shall use it for our example:

The above are examples of EURUSD and GBPUSD pairs.

Where to Get Forex Quotes From MetaTrader 4 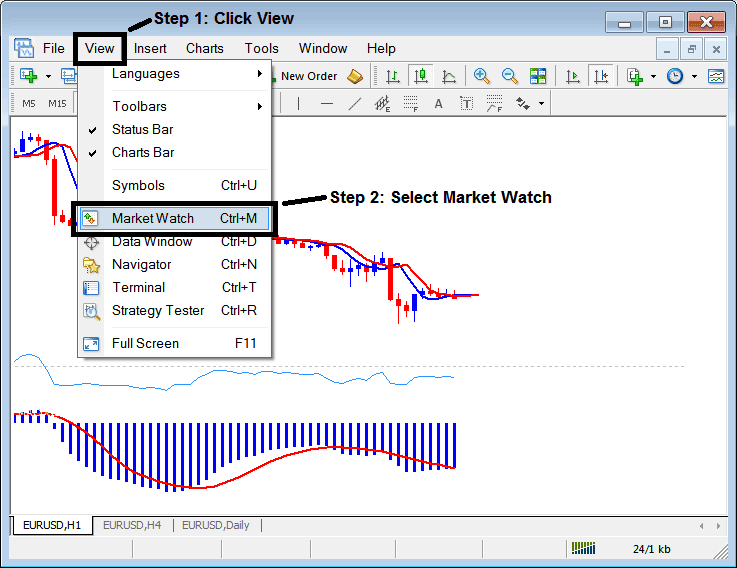 The Market Watch window will display all the FX quotes of the various currency pairs as shown below. 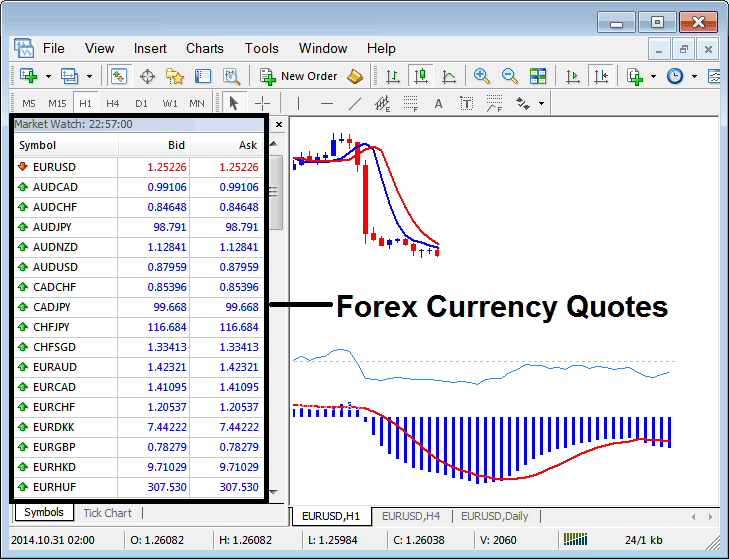 From 2010, Forex Brokers started to implement the fifth decimal quotes, the fifth point is known as the fractional Pip. Before this all quotes were 4 decimal places and that is when the last point was referred to as a pip. Therefore, when trading always use the fourth point and not the fifth decimal as the pip value.

If you trade with a broker using 5 points (all brokers now use 5 decimal point format), then 1 fractional pip which is the 5th decimal place, will be equal to 1 dollar per 1 standard contract. However, this is just the Fraction of a pip and not the original Pip. To Make up one Point you will have to use 10 points, (it is like rounding off to the fourth decimal point). 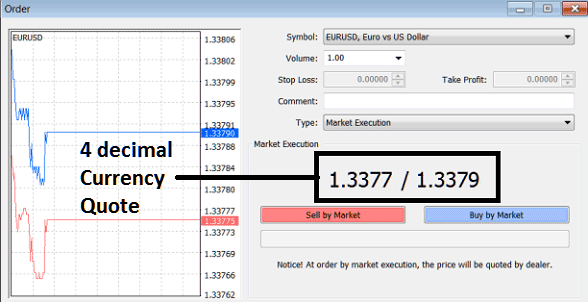 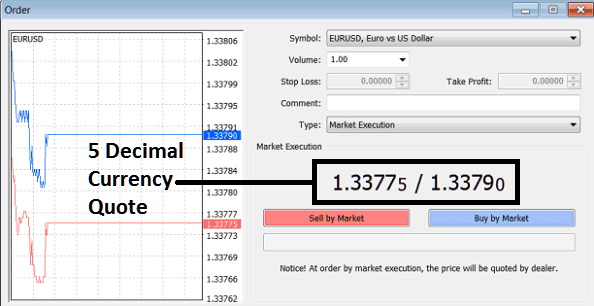 Please Note from the above screenshot how the fifth decimal point is shown in a digit much smaller than the other digits, this is to signify that it is a fraction of a pip.

Therefore as a beginner day trader all you need to know is that the currency quotes moves will be analyzed from these charts.