The McClellan Oscillator is an indicator that is based on smoothing the difference between the number of bullish candlesticks and bearish candlesticks. This indicator looks similar to the traditional MACD. 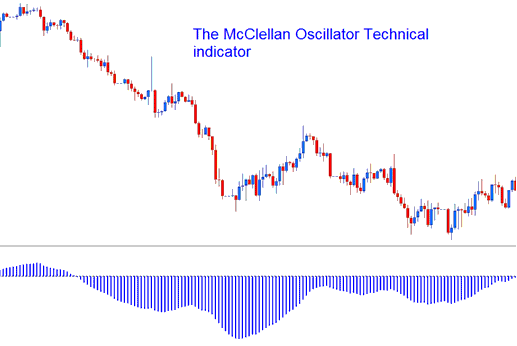 This Oscillator is a momentum indicator that can be traded in the same way as the MACD indicator. There are 3 techniques that McClellan Oscillator can be used to generate trading signals.

Bullish Signals- When the oscillator crosses above zero center-line a buy signal is given.

Bearish Signals- When the oscillator crosses below zero center-line a sell signal is given. 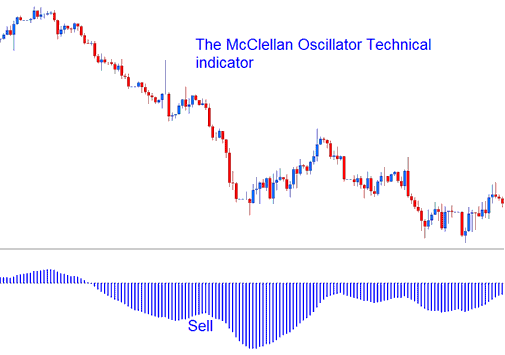 Looking for divergences between the McClellan Oscillator and price can prove to be very effective in identifying potential reversal and/or trend continuation points in price movement.

There are several types of divergences: