In Forex, there are two types of trades, these are:

Both terms, refer to things we do when open a trade.

Buying Long= term to use when buying and when opening a trade.


Selling short = term to use when selling and  when opening a trade.

Short - Short is a term used to refer to selling of a currency pair that is going in a downward trend. when the price is going downwards then it is referred to as a bearish trend.

Basically the term, “selling short” can be refer to selling currencies in the foreign exchange markets. Selling short is used to transact a currency that is predicted to depreciate in value compared to another, when this currency is sold then it is the same as not holding value in this currency and holding the same value in the other currency. 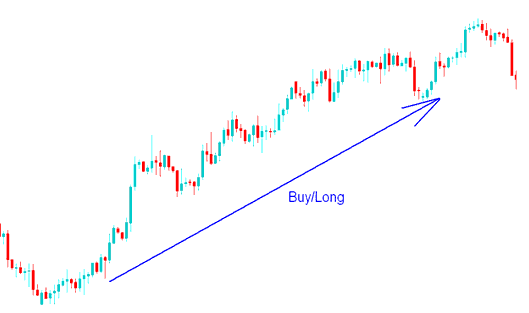 If the price pair is going down we sell, this is referred to as going short. When the market trend is going down it is referred to as a bearish. The example below shows a downward trend, this is when a short sell is placed. The short/sell is identified by drawing a downward trend line on a chart. The example below shows a short/sell signal . 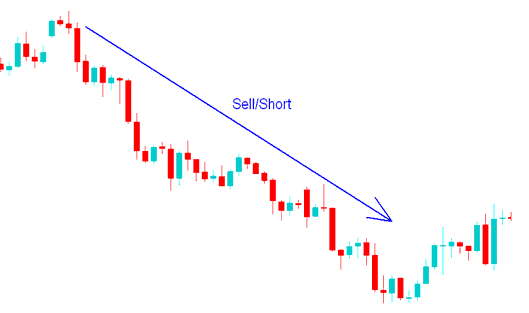 A Forex chart provides a visual representation of exchange rates (plotted on the y-axis) against time (plotted on the x-axis) for a given currency pair. The movement of prices is plotted on these charts. The chart can be plotted as candlestick charts like the one below or as line charts or bar charts . 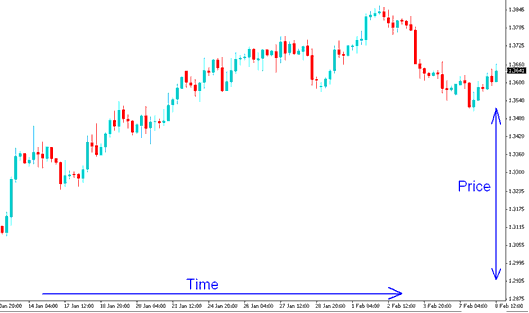 The three common types of charts used in FX are:

These 3 types are covered in the topic Forex Chart Types.

This is the software that is provided by a broker to help traders make place their transactions. Once you download and installs this software on your computer you can then begin to trade in the Foreign Exchange market . All transactions are executed through this platform. If you want to learn a platform, MetaTrader 4 is a good platform to start with.

To set these orders open MetaTrader 4, open a "chart ", right click on the "chart ", select "New Order ", then select the order either sell or buy as shown below. (Short Cut Keys - Press F9) 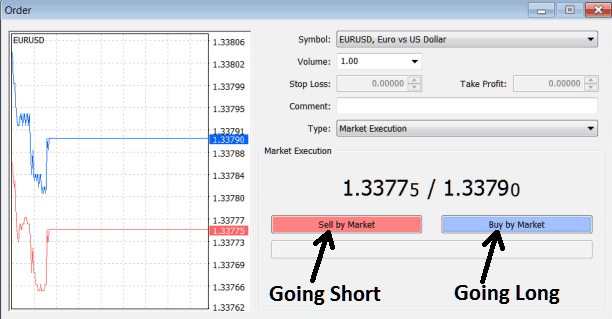