The SMI is an adaptation of the classic Stochastic Oscillator that smoothes out the stochastic oscillations. 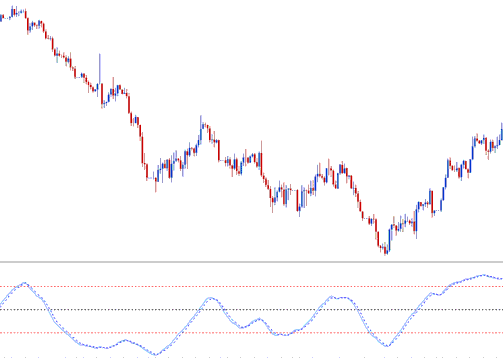 This indicator is calculated by comparing the gold price relative to the average of an n number of periods.

Then instead of plotting these values directly, smoothing using an Exponential Moving Average is applied and then the values drawn to form the SMI.

When the closing gold price is greater than the average of the range, the SMI will move up.

When the closing gold price is less than the average of the range, the SMI will move down.

This oscillator ranges between the values of +100 and -100, this indicator is also less prone to whipsaws compared to the stochastic oscillator.

The SMI can be used to generate buy and sell xauusd signals using the method shown below, Buy when the SMI is heading upwards and sell when its heading downwards. 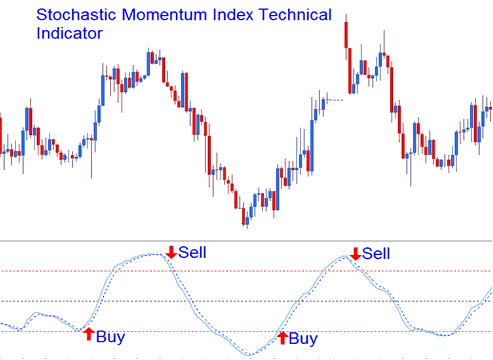 Buy signal is generated when this oscillator falls below oversold level and then rises above this level and starts to move upwards.

Sell XAUUSD Signal is generated when this oscillator rises above overbought level and then falls below this level and starts to move downwards.

The example shown below shows a bearish classic divergence between the gold price and the SMI. When the SMI showed this divergence the gold price xauusd trend reversed and started to move in a downward direction. 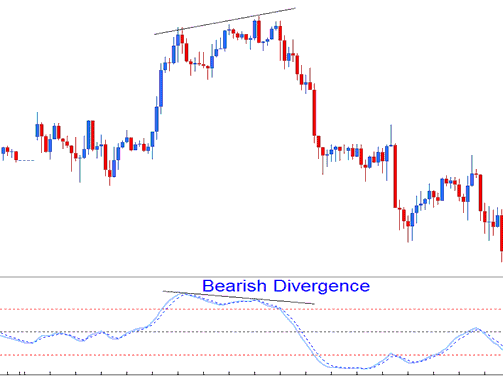