The Gann Lines is the fourth option in the Insert Menu within the MetaTrader 4 XAUUSD Platform. The Gann Lines Button is used to place Gann Lines on the Gold Charts and it is shown below. 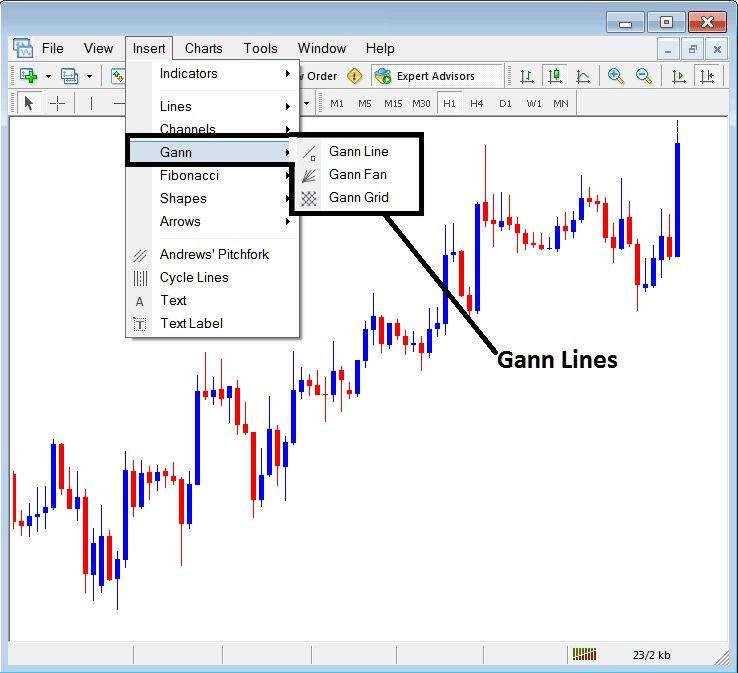 However, the Gann Line may require you to change some parameter so as to achieve the draw that you require. 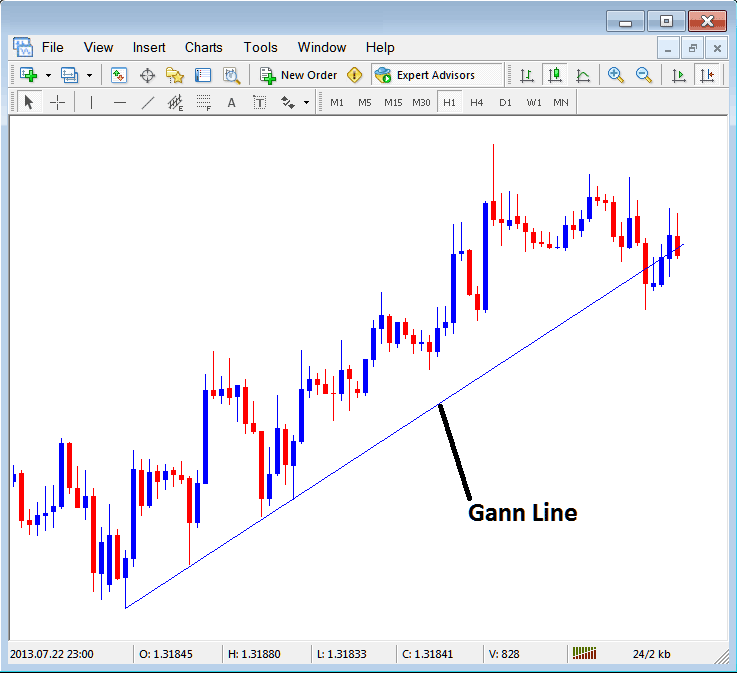 How to Draw Gann Line on MetaTrader 4

The Gann Fan is also drawn for a downward xauusd trend and the same analysis applied to the downward direction. 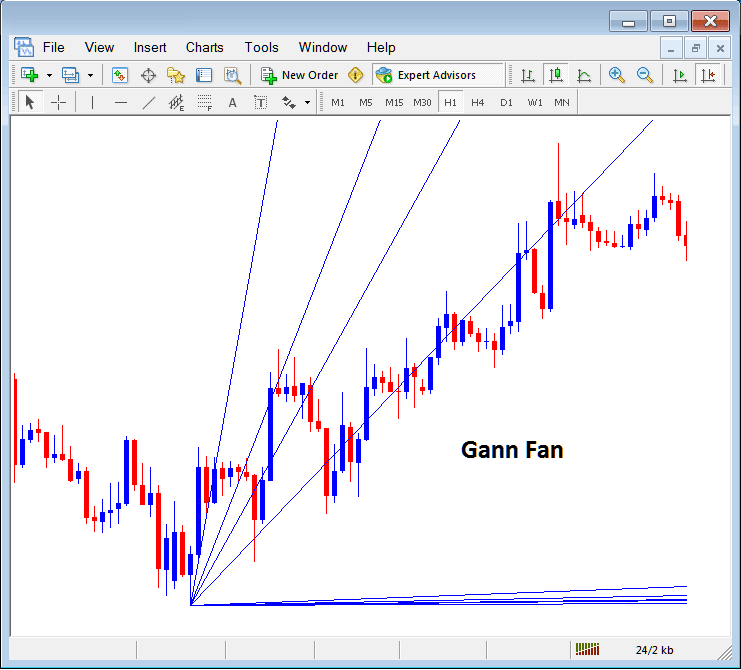 The Gann grid uses two points just like a xauusd trend line to be drawn, once these two lines are drawn, this Grid will then draw grids that are at an angle of 45 degrees, the gold traders can then use these grids for analyzing gold price movement. 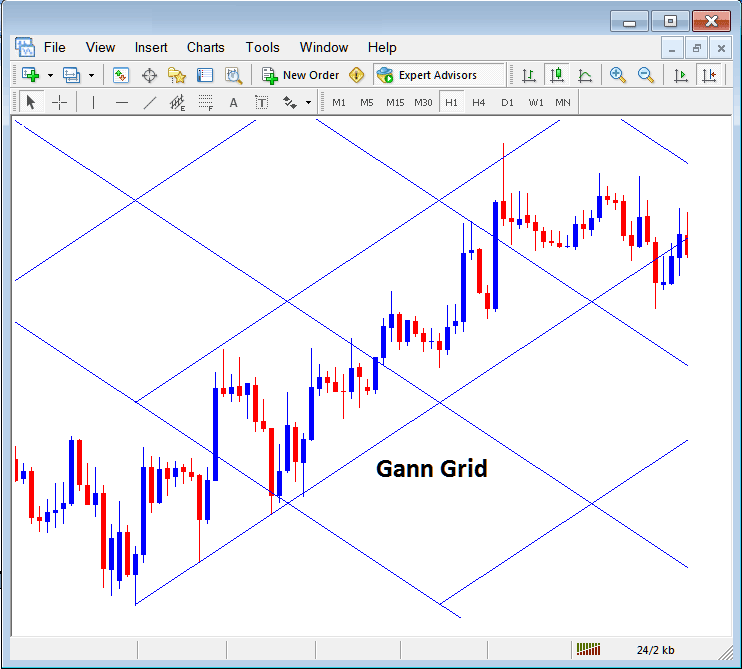